Doñana has always defined itself as a mosaic of landscapes where the changing seasons add their touch of colour and highlight the park’s biodiversity.

There is doubt that this protected nature reserve goes far beyond simply adding a National Park (60,150 hectares) to a Natural Park (68,236 hectares), and the Doñana Nature Reserve is a unify-ing element in the joint management of both spaces.

Beyond the protected land itself, Doñana is a Biosphere Reserve where the municipalities in its geographic sphere cover more than 250,000 hectares and where the human factor and human activities are of considerable interest.

The structure of this territory goes beyond provincial borders, borrowing part of the heritage of the provinces of Huelva, Seville and Cadiz, enriching itself with their biodiversity and the ethnographic resources that have shaped this landscape.

The municipalities involved in managing this territory are: 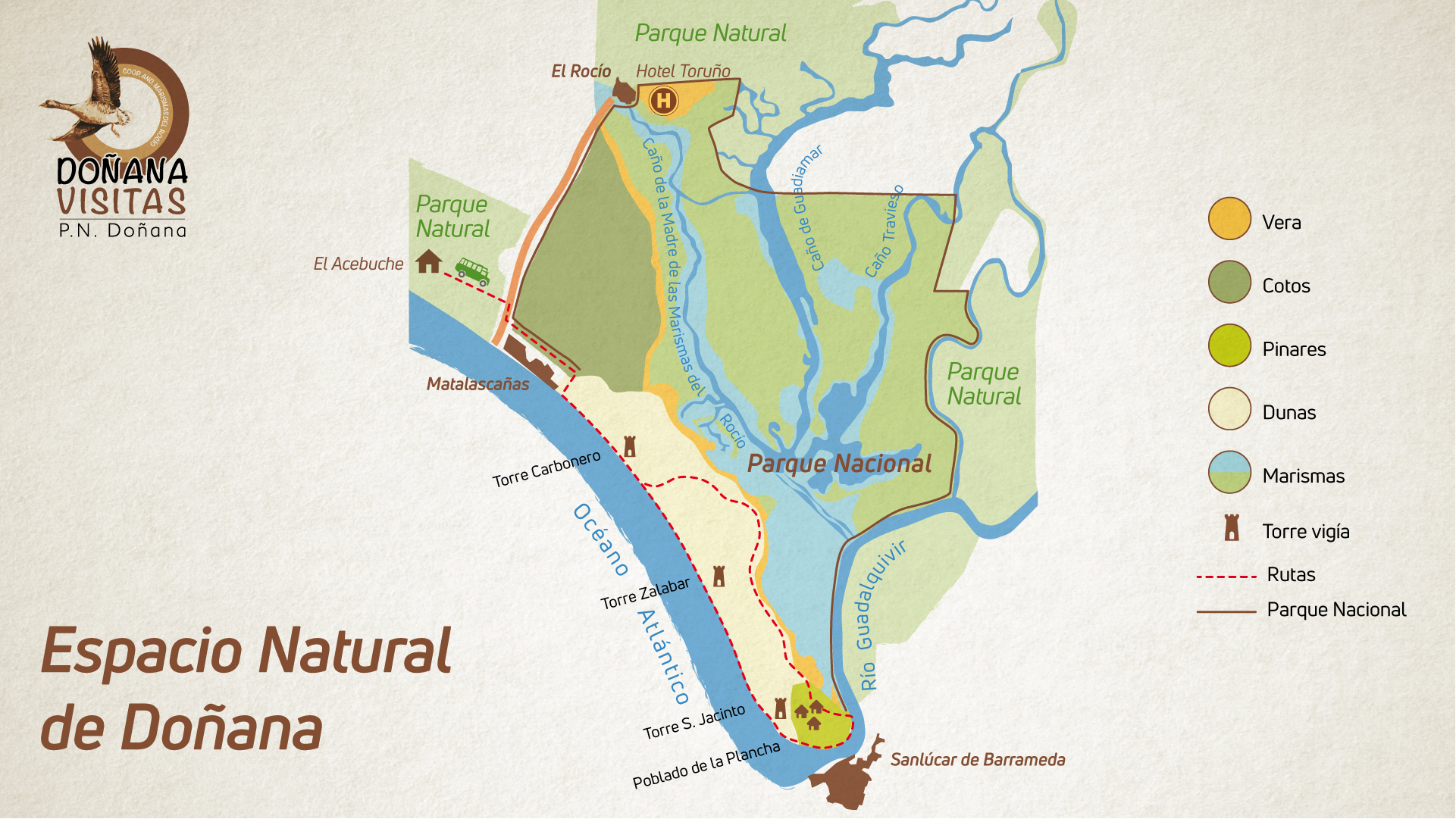 This natural enclave has received recognition as a protected nature reserve from various institu-tions throughout its life. From the creation of Doñana National Park in1969 to its successive ex-pansions, it has been recognised as:

1980. Biosphere Reserve under the framework of the UNESCO Man and the Biosphere Programme as a representative example of different ecosystems such as continental marshlands, sands and coastal sand dunes (fixed and mobile), beaches and a section of the Guadalquivir estuary. 1982. Inclusion on the List of Internationally Important Wetlands, under the Ramsar Convention, as part of an international network of wetlands that emphasise the importance of their conservation for world biological diversity and for sustaining human life, due to their ecological and hydrological functions. 1994. Included on the List of World Heritage Sites. 2005 y 2010. Renewal of the European Diploma for Management granted to Doñana National Park. 2015. Doñana Nature Reserve included on the UICN Green List. Special Protection Area for Birds (SPAB) Doñana Special Conservation Area (SCA) Site of Community Importance

This space has unlimited environmental importance, especially for birds because it is a stopover point between the continents of Europe and Africa, and two large bodies of water, the Atlantic Ocean and the Mediterranean Sea.

Doñana is a space that is defined by the forces of the Guadalquivir River and, above all, the influ-ence of the ocean, giving it a typical Mediterranean subhumid climate with irregular rainfall where the sand and clay soils create large ecosystems, each with its own characteristics.

The mobile sand dune system linked to a vast unspoilt beach, stabilised sands dominated by shrubland, and clay soils that are vital to water sources, are a departure point for an analysis of the unique characteristics of this zone.

It is important to remember the influence of water as a factor that brings together processes and conflicts, some natural and others social. Water is the resource that, on the surface and in the sub-soil, has shaped these landscapes and, depending on its presence or absence, it helps to create an explosion of life or confines the region’s biodiversity to bastions such as the vera.

The biodiversity of Doñana means that this nature reserve has around 1,400 plant species listed in its floral catalogue and over 300 species of birds, also being visited by 500,000 migrating aquatic birds, 1,000,000 if you include passerine birds.

In terms of mammals, Doñana is home to 38 different species plus a further 42 species of amphib-ians and reptiles, and around 70 fish species. There are also over 1,200 invertebrate taxons.

Among this parade of key species are some that particularly stand out due to their conservation status. Doñana has 35 species of threatened fauna and special mention should be made of the Iberian imperial eagle and Iberian lynx, two of the most famous symbols of this land. However, there are others that shouldn’t be overlooked, such as the red kite, Greek tortoise and marbled duck. 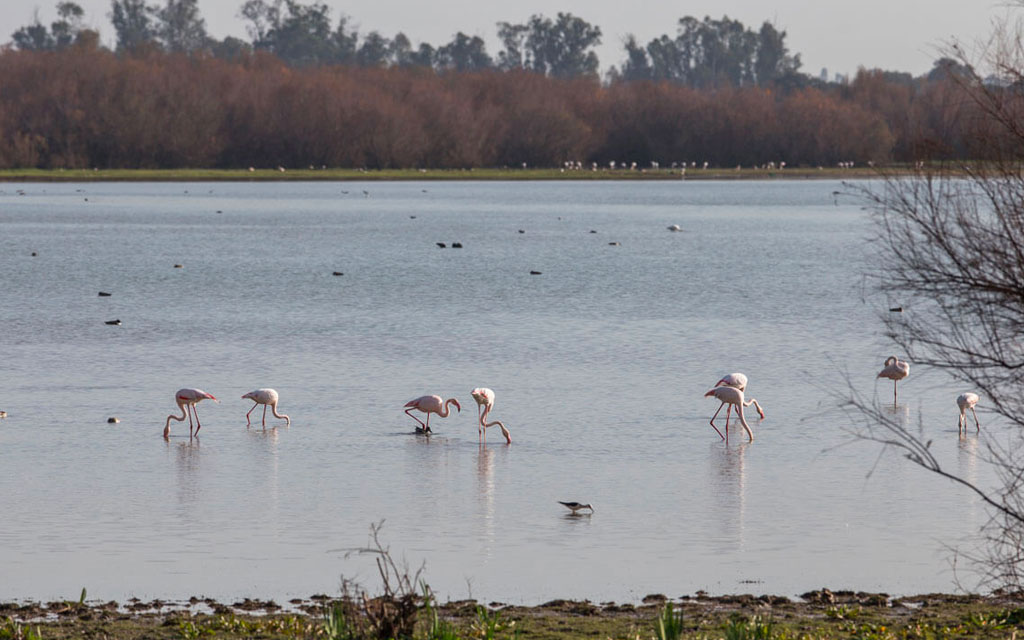 Finally, it is important to remember the relationship between this land, where human beings have helped to shape the landscapes, and the endless examples of a rich ethnographic heritage linked to the different activities that have been developed here and that still serve the resident population.

Beacon towers, salt mines, constructions such as coast guard and police quarters, forest villages, infrastructures related to extensive farming, etc. are dotted across this land. Many of these ele-ments are catalogued as Assets of Cultural Interest and form the basis of a fascinating story about the evolution of this land and its peoples.

The Spanish ministry that is responsible for the environment publishes information about this Nature Reserve, with a description about the basic features of its cultural and natural heritage, guided tours and a multimedia gallery.

The Junta de Andalucía (Andalusian Regional Government) has developed a powerful reference tool for its protected nature reserves, of which Doñana Nature Reserve is one. This website can be used to access information about public services and facilities in Doñana, and also activities in the park with the option to make a booking.